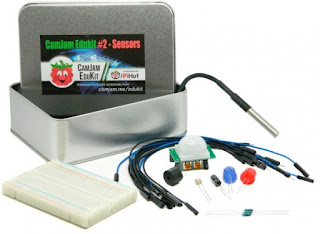 Cambridge Raspberry Jam EDU Kit 2 official web site
Having visited the Egham Raspberry Jam on a few occasions I decided to see if my 9 year oldwould be interested in having a go at Python and using the EDU KIT and learning how to control lights and buzzers and various sensors. After following the initial code We played around and made the lights flash on and off, one on two one etc and the busser. This is a great way to learn some simple python code and see it interact with physical components. Highly recommended! 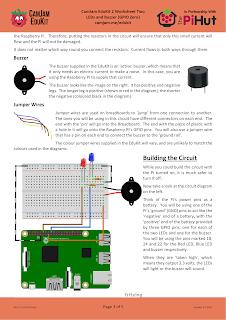 This is the worksheet downloaded for the CamJam site above showing the circuit. The code can be downloaded or typed in from the sheet.


The Video above shows the 2 LED lights and the buzzer and what we did by playing around with the code to show various functions.

Posted by Chertsey Radio Club at 05:54