This page was last updated 31/May/2019 after a lot more experimenting and success in making SSB contacts.

The old page has been save here

So over the last month I have at long last had some time to play with my old and trust Ft-847 radio and make several successful SSB contacts.

I'm going to share the process I used to make these contacts and continue to update this page as I gain more experience.

This is for manually tuning / simple portable use. 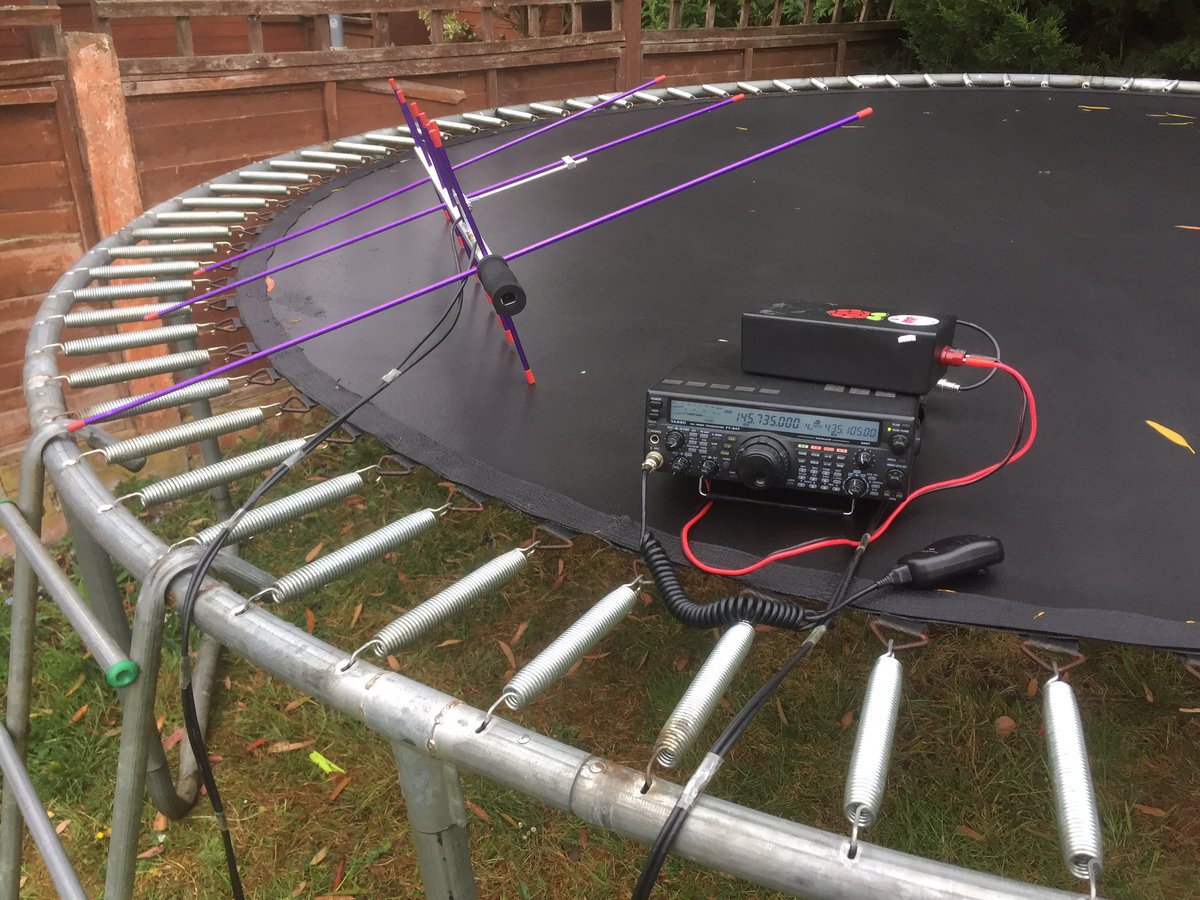 Set up and preparation

I would suggest before trying a voice contact, practice tracking and finding the beacons, get used to moving the antenna and tuning the radio for doppler
For an idea of what you are likely to hear take a look at the videos here

I use a satellite tracking program called GoSatWatch (runs on IOS) there are many variations for all phones, find one that works for you, they all do pretty much the same.
Set up your app to track the above 11 satellites. The application will give you an idea of the direction the satellite is travelling and at what angle, your job is to point the antenna at the satellite and follow its movement across the sky, ssb seem to move more slowly than FM to me.

Set up the radio, set the memory to the beacon frequency of the satellite you want to use, tune a little up and down whilst pointing the antenna in the general direction, once you find the beacon get used to which way the satellite is moving and try find a place to rest the antenna (pointing at the satellite, I used a garden chair) this gives you a spare hand to use! now swap to satellite memory of the radio (transmit and receive frequencies) Start your CQ call, you will adjust the RX frequency until you hear yourself on the downlink. you will need to move the RX frequency constantly as you transmit to keep up with the doppler change.

It takes a bit of time to find yourself, what I did was tune the RX frequency down and up to try find myself, if I got lost, I turned the memory knob to go back to default satellite memory (tx / rx) and started again. You may also want to swap back to standard memory and listen again for the beacon to ensure you are still pointing the antenna in the right direction.

My very first full duplex XW-2A contact (which really took me by surprise) 2 contacts
Have a listen here I worked F4DXV and G0ABI
I then tried XW-2C and as you here at the start of the audio, the power was way too high.
I was able to hear myself on the downlink and as you hear it's hard to keep it steady!
eventually after a few calls I got ON7CL Take a listen here

I took a risk and ran special event station GB1MIR and managed to work a few more stations on SSB satellites. 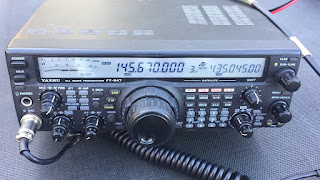 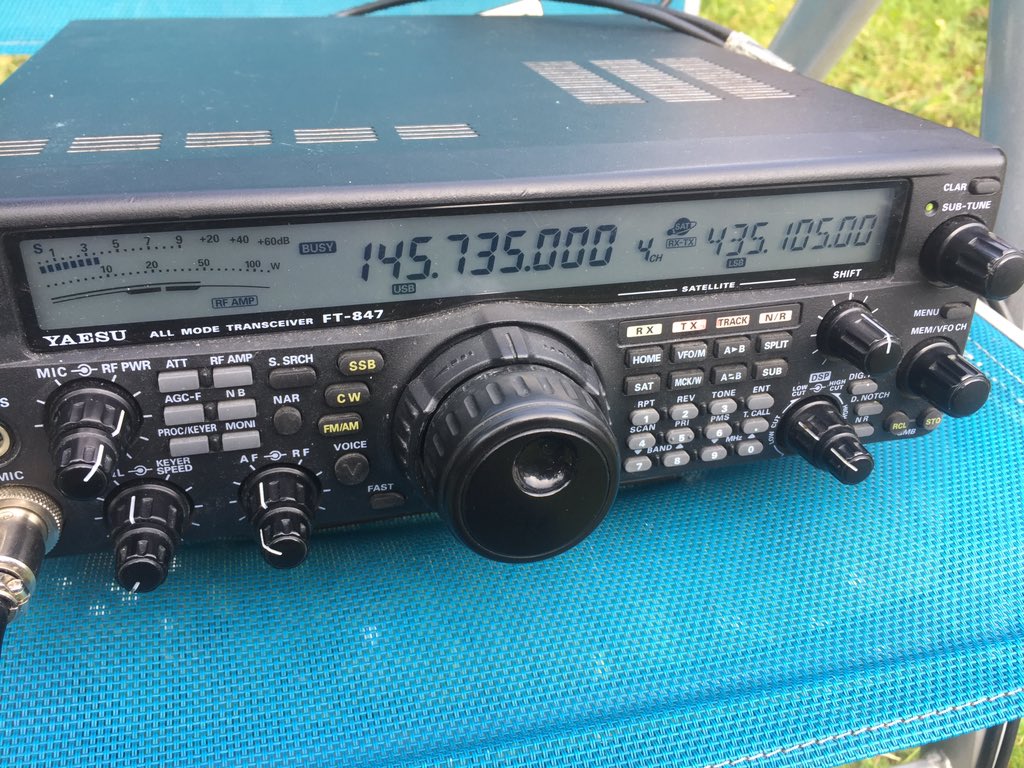 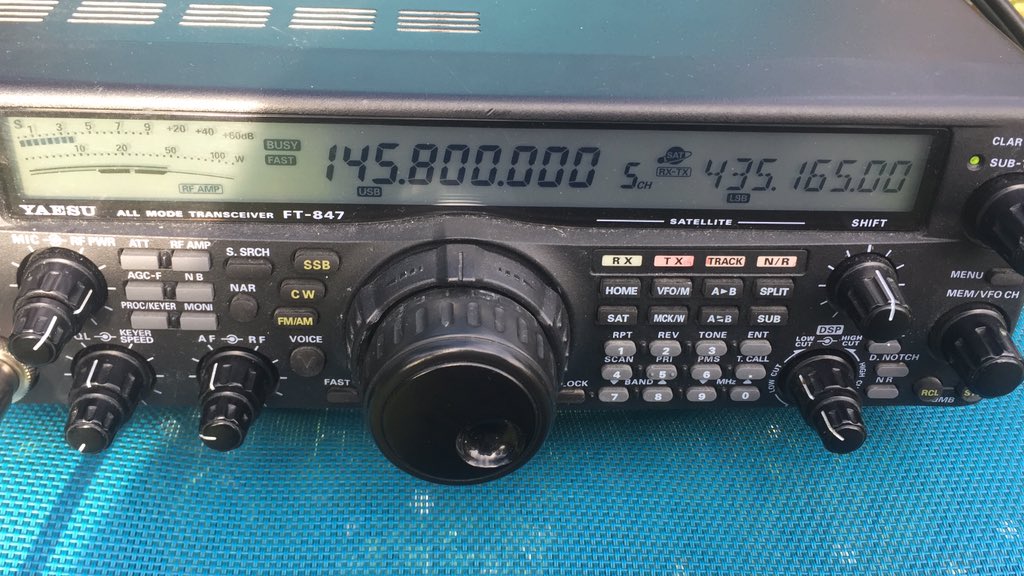